Business organisation Logistics UK welcomed the package of measures announced by the Government at the end of September.

However, panellists from across the industry criticised the Government’s attempts to ease the shortage of HGV drivers on a recent Fleet News webinar. Their main concern was the proposal that drivers only take one test for both rigid and artics, instead of two separate tests, plus removing the reverse exercise element from the test.

Matt Hammond, head of fleet at M Group Services, said: “It’s ridiculous. You need to work up to an artic – it’s an incredibly skilled job and you learn your trade as you go through from 7.5-tonne to rigid to artic.”

Lorna McAtear, National Grid fleet manager, described the proposals as “bonkers”: “I’m hoping the changes don’t come in. It’s a sticking plaster, a reaction not a response. There is no respect for what is an incredibly skilled job,” she said.

Temporary visas
Elizabeth de Jong, Policy Director at Logistics UK, said: “The decision to grant 5,000 temporary HGV driver visas to help overcome the driver shortage crisis in the short term is a huge step forward in solving the disruption to supply chains we are seeing today; we are so pleased the government has listened to our calls and has made this bold decision to support the UK economy.”

“Logistics UK is also delighted that DfT have agreed to jointly send nearly 1 million letters to all drivers who currently hold an HGV driving licence, urging them to come back to the occupation. Conditions of employment and pay have been improving across the sector, and with fantastic opportunities available, now is the perfect time to consider returning to the industry.”

Roads Minister Baroness Vere said: “This is the perfect time for anyone thinking about re-joining our vital road haulage industry to do so, with a notable and much deserved rise in salaries available for drivers.

“We’re taking a range of steps to help industry address the driver shortage, and we gladly join sector leaders in encouraging those who already hold an HGV licence to think about returning to a rewarding career as a professional driver.”

Increased testing capacity
“The increase in testing capacity by a third is very welcome, but these promises need to be implemented quickly if they are to make significant difference to the current shortage in time for Christmas.

“With access to tests a key barrier to recruits wishing to join the occupation, the government’s measures to speed up the process of qualifying as an HGV driver – including the removal of staged testing and allowing authorised private sector examiners to undertake parts of the examination – will increase testing capacity significantly and have a positive effect in the longer-term. However, the impact of today’s measures is unlikely to make a significant difference on the driver shortage if they cannot be implemented in time for the industry’s Christmas peak, with DVSA, DVLA and the wider training industry needing time to apply the changes and adapt their operations.”

Ms De Jong continues: “Logistics UK had strongly voiced our concerns about the proposed abolition of the B+E driver category, as this could pose a risk to road safety. However, Logistics UK has been assured that there will be a package of safety mitigation measures introduced; we will be working with government to ensure safety is prioritised.”

Training and apprenticeships
“We are also pleased that, in addition to increasing DVSA HGV testing capacity, the government has listened to Logistics UK’s request for additional training support by providing funded courses to enable more people to qualify as HGV drivers. This, alongside the current apprenticeship standard is fantastic news for recruiting more talent into industry.

RHA and the fuel crisis
Meanwhile, the Road Haulage Association (RHA) has refuted claims made by the Mail on Sunday that Managing Director of Policy & Public Affairs, Rod McKenzie, caused the UK’s recent fuel buying panic.

A press release states that Rod McKenzie was not in the meeting where the BP issue was discussed.

“The first he heard of the comments was when journalists rang him asking for comment after ITV News story had been broadcast. He repeatedly stressed the need not to panic buy and that there were adequate fuel stocks.

“The RHA believes this disgraceful attack on a member of its staff is an attempt to divert attention away from their recent handling of the driver shortage crisis.” 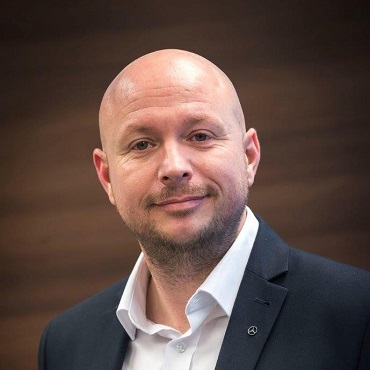