Independent distributor Greencroft Milk Supplies is relying on a new fleet of compact, 3.5-tonne FUSO Canters to spearhead a drive for growth beyond its North-East heartland.

The Middlesbrough-based company delivers 370,000 litres of milk each week to wholesale and domestic customers in its home town, as well as in other regional centres such as Newcastle upon Tyne, Durham, Scarborough and Whitby.

The company has also been active in Cumbria and following its recent acquisition of North Lakes Foods, of Penrith, is now looking to build its business in the county.

Greencroft Milk Supplies runs 26 FUSO Canter 3C13s with Comfort day cabs, all of which have been supplied within the last 18 months by North-East Mercedes-Benz Dealer Bell Truck and Van – the German manufacturer’s franchised network in Great Britain is also responsible for sales and support of the popular Japanese light truck range.

Roughly half of its Canters have 3400 mm wheelbases and platform bodies by Robinson Truck Bodyworks, of Swalwell, Gateshead, onto which are fitted single-temperature refrigerated box bodies built by the operator itself. These vehicles, which have roller shutter doors on both sides, are used to deliver milk and other dairy products to convenience stores, bakeries, caterers, nursing homes and the like.

The remaining Canters have short, 2500 mm wheelbases and RTB dropside bodies. They are rented by the operator to franchised, self-employed milkmen, who make doorstep deliveries.

Greencroft Milk Supplies’ vehicles are powered by fuel-efficient, 96 kW (130 hp) 3.0-litre engines which develop an impressive 300 Nm of torque at low revs. They are also equipped with the Idle Start/Stop function and an engine brake as standard.

Prior to its adoption of the Canters, Greencroft Milk Supplies was running a fleet of vehicles by another Japanese manufacturer. The operator decided to cast around for an alternative supplier after the previous incumbent announced it would not be building a Euro VI version of the model which its customer had been using.

“We quickly settled on the Canter,” recalled Greencroft Managing Director Mick Doyle. “It’s a proper little truck and definitely more substantial than the vehicles we were using previously.

“Yet it’s also compact and manoeuvrable enough for operation on residential estates, where our milkmen make many of their deliveries.”

He continued: “Another factor that weighed heavily in the FUSO Canter’s favour was its links with the Mercedes-Benz marque. This gave us the confidence to place our first order with Bell Truck and Van, and we haven’t looked back since.”

Greencroft Milk Supplies maintains the Canters in its own workshops in Middlesborough. However, the company, which also has a branch in Stanley, County Durham, receives diagnostic and other technical advice from Bell Truck and Van, and the Dealer has installed an imprest parts stock which it replenishes regularly.

“We’re very happy with the product, which is well liked by our drivers and milkmen, and has proved every bit as reliable as we’d hoped,” said Mr Doyle.

“We are also very happy with the excellent working relationship we have developed with the Bell. Its Truck Sales Executive Craig Graham provides a very good, customer-focused service and came up with an excellent package, while the Dealer’s workshop team dealt quickly and efficiently with the few teething issues we had with our early Canters.” 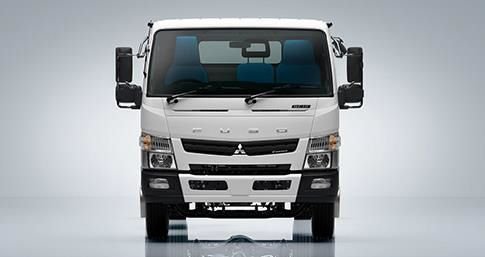