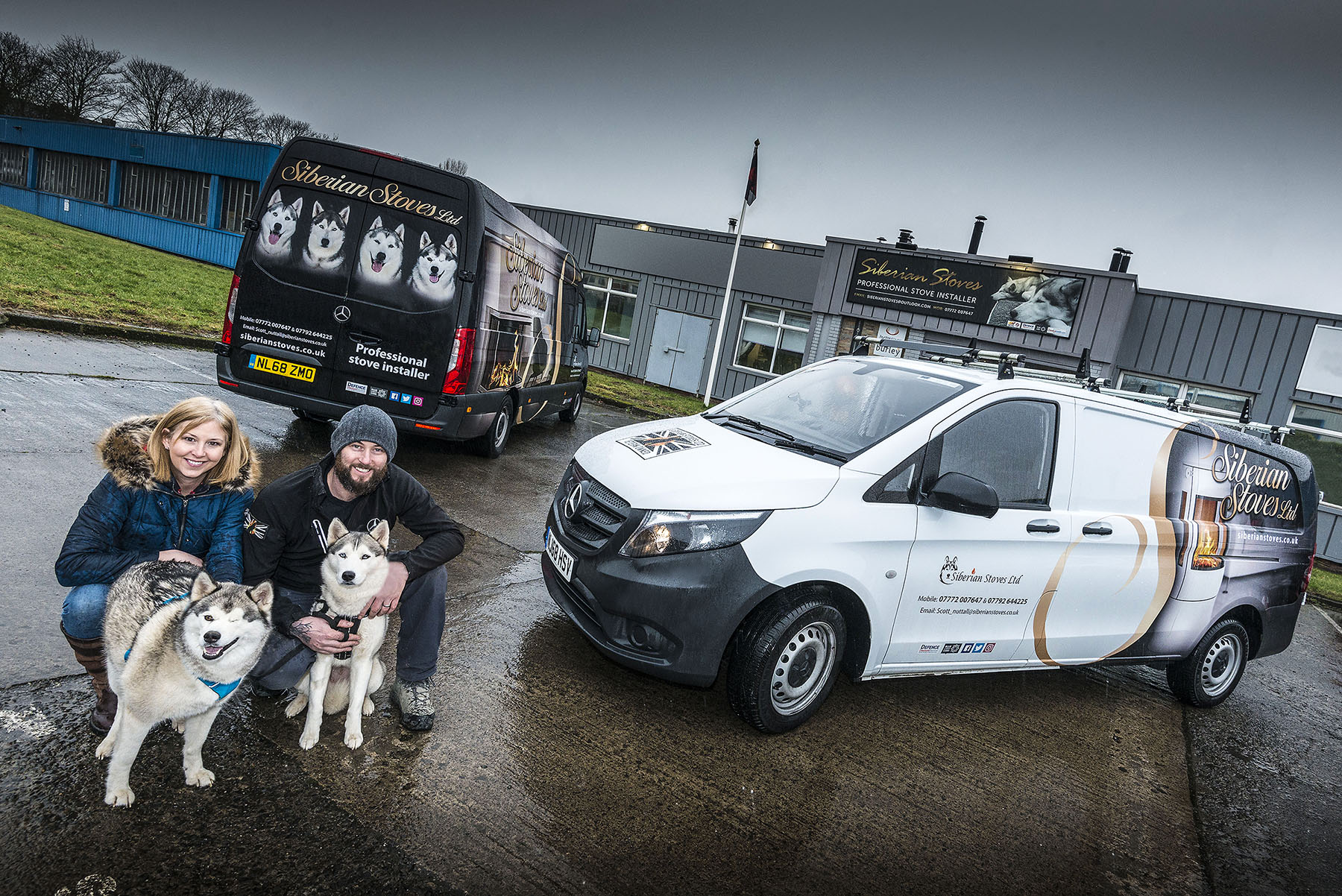 There’s no doubting Scott and Susan Nuttall’s affection for their four huskies – the dogs’ images are emblazoned across the back doors of their strikingly-liveried Mercedes-Benz vans.

The couple, who met when they were both serving in the Army, are the proprietors of Siberian Stoves, of Shildon, near Bishop Auckland, County Durham. The firm, which supplies and installs wood burning and multi-fuel stoves, and chimneys, has just commissioned two new vehicles.

Supplied by North-East Mercedes-Benz Dealer Bell Truck and Van, the Sprinter 314 CDI and Vito 111 CDI wear eye-catching vinyl wraps. They are now working alongside the 2012 Sprinter which Mr Nuttall purchased with 30,000 miles on the clock when he established the business in 2015.

The vans are driven by the former sergeant and two ex-comrades who now work for him. His wife, a bio-medical scientist who left the Royal Army Medical Corps in 2018, manages Siberian Stoves’ showroom and administration.

Susan, who was also a sergeant and served in the armed forces for 22 years, explained: “The business has been going really well and we realised we needed a couple more vans. Scott’s always liked the brand and the Sprinter he bought second-hand has never let us down, so once again Mercedes-Benz was the obvious choice.”

Siberian Stoves’ new Sprinter is a 3.5-tonne L3 H2 variant with long body and high roof. Its fuel-efficient 2.1-litre engine produces 143 hp and drives the rear wheels – new Sprinter is also available, for the first time, with front-wheel drive, and the 314 CDI variant can be specified in either configuration.

Both vans are the subject of low-cost Agility funding agreements with Mercedes-Benz Financial Services, which provide customers with a range of options at the end of term. They will be maintained under Mercedes-Benz Service Care plans at Bell Truck and Van’s Billingham workshop, pending completion at its more conveniently located Stockton-on-Tees branch of an all-new van aftersales facility, which is due to open before the end of the year.

Their distinctive appearances mean the new Sprinter and Vito also double as highly effective mobile advertisements for a company that has supplied stoves to customers located as far afield as Gloucester, Manchester and Skegness.

The Nuttalls, who also own a cocker spaniel, and a labrador-whippet-cross which they rescued from Mauritius, have been delighted with the response. “The vans are certainly catching people’s attention,” laughed Susan. “We’ve had masses of feedback from people who’ve spotted our huskies looking out at them, then called us up, or asked for our business cards in car parks. We get messages from kids as well; they love seeing the dogs.”

Scott Nuttall explained: “The addition of the smaller Vito has given us much-needed flexibility. It can be sent out on jobs that don’t require a large van, thus saving us money on fuel, while I’m trying to keep the new Sprinter as smart as possible by using the older one for any dirty tasks, such as removing the rubble after we’ve taken out an existing fireplace.”

He added: “I was in the Army for 15 years and have applied much of what I learned in terms of hard work and professionalism, to my new life in business. As ex-military people we take great pride in being trustworthy and reliable, and in honouring our commitments. The quality and premium brand values of our Mercedes-Benz vans can only complement the very high standards for which Siberian Stoves is forging a growing reputation.

“Both vehicles are a real pleasure to drive, exceptionally comfortable, loaded with features, and reassuringly safe, while the service we received from Bell Truck and Van’s Sales Executive Charles Mathias was excellent – he looked after us really well.” 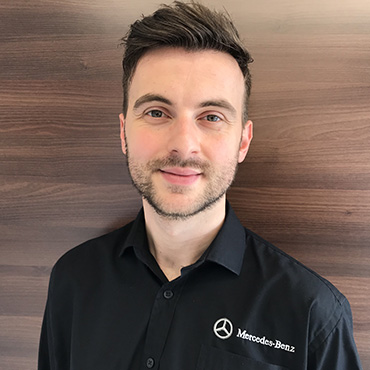