A successful business relationship forged over many years meant that North Yorkshire haulier Dowse of Richmond had no hesitation in returning to Dealer Bell Truck & Van for the latest addition to its all-Mercedes-Benz fleet.

The 26-tonner is the operator’s first truck from the current Actros range, and came with a full complement of advanced technology.

Established more than a century ago, Dowse of Richmond is a sixth-generation family business. It serves a broad range of customers working across the food and beverage, construction, hygiene, retail and glass industries, while also undertaking domestic and commercial furniture removals.

“We’ve been buying our trucks from Bell Truck and Van for as long as I can remember, and have been an all-Mercedes-Benz operation for decades now,” confirmed Lou Dowse, a co-Director with his wife Pauline and sister-in-law Ann.

“The close links between our two companies are built on trust – but that loyalty is not a given, it has been well earned. Long experience has proved that Mercedes-Benz trucks provide reliable, cost-effective performance over a tough working life, while the level of customer service we receive from members of the Dealer’s sales and workshop teams at all levels is exemplary.”

Dowse of Richmond runs six rigid trucks of various sizes up to 26 tonnes. The latest is an Actros 2536 variant, with flat-floored BigSpace cab and 10.7-litre, 265 kW (360 hp) in-line six-cylinder engine. Its curtainside body is by Robinsons Truck Bodyworks, of Newcastle Upon Tyne.

It has replaced a 10-year-old 26-tonner that was stood down with more than 1,600,000 km – over a million miles – on its clock. “That’s nothing unusual for one of our vehicles,” asserted Lou Dowse. “That six-wheeler was looked after throughout its life at Bell’s Billingham branch and, as with all of our trucks, only ever needed the minimum of routine maintenance to keep it on the road.

“Having repaid our investment many times over, it was snapped up by an exporter who had a buyer waiting for it in Africa, where I don’t doubt it will continue to give dependable service for many more years to come.”

Mr Dowse continued: “That toughness and durability is what we’ve come to expect from Mercedes-Benz, which is why we keep coming back for more. It allows us to run our fleet with optimum efficiency and guarantee a top-quality service to our own customers.” 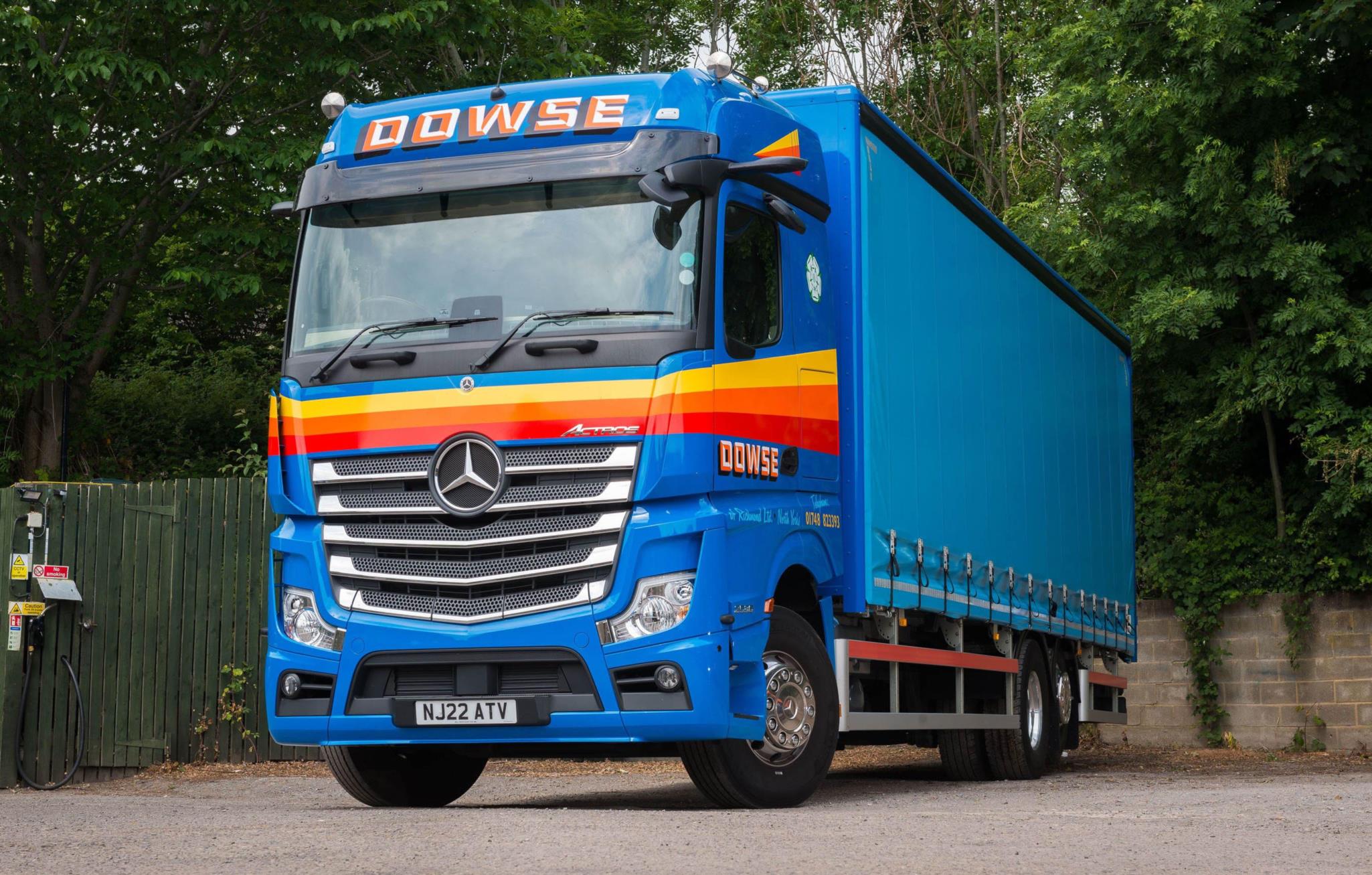 Dowse of Richmond holds Silver standard accreditation from the Fleet Operator Recognition Scheme (FORS) and is a long-standing member of the British Association of Removers. Representing the sixth generation to work in the family business, Lou and Pauline Dowse’s daughter, Administration Manager Karen, looks after the day-to-day running of the office, while their son Simon is Removals Manager.

Lou Dowse added: “We’re very proud of our long heritage but we also embrace new technology where we can see a benefit. MirrorCam is a prime example – it provides the driver with better visibility to the rear, while removal of the large mirror housings has eliminated previous forward-facing blind spots.”