It’s not just the 69-plate registrations on Elddis Transport’s five latest Mercedes-Benz trucks that identify them as the newest additions to its fleet.

Keen observers will spot that the new Actros tractor units are equipped with rear-facing cameras instead of the conventional door mirrors.

The Consett-based operator is one of the first UK customers for the new-generation Actros, which incorporates more than 60 innovations. Widely recognised as a ground-breaking safety advance, while also offering valuable fuel savings, MirrorCam is among the most prominent of these.

Elddis Transport has been an enthusiastic Mercedes-Benz advocate for more than 20 years, and its 150-strong fleet is dominated by Actros tractor units supplied by North-East Dealer Bell Truck and Van.

Its new trucks have BigSpace cabs, but while three are Actros 2545 models which employ the 330 kW (450 hp) engines usually preferred by Elddis, two are 350 kW (476 hp) Actros 2548 variants. Elddis will be evaluating these more powerful units and comparing their performance and economy with its established fleet favourite.

Elddis Transport’s trucks routinely rack up well over a million kilometres apiece on haulage work across the UK. The new-generation Actros offer the outstanding reliability which the company has come to expect, but with their cutting-edge technology also represent a major step forward in terms of safety, operating efficiency and driver comfort.

MirrorCam does away with door mirrors. Instead, compact rear-facing cameras in streamlined housings display images of the view down each side of the vehicle on screens inside the cab. As well as enhancing safety by offering a wider and clearer field of rearward vision, MirrorCam removes previous blind spots caused by mirror housings, while its smaller, more aerodynamic profile improves mpg returns by reducing wind resistance.

The new Multimedia Cockpit, meanwhile, makes the driving experience as comfortable, engaging and easy as possible. Stylish in appearance, it features two interactive screens, and brings connectivity and intuitive operation to the fore via a new Truck Data Centre which permanently connects the truck with the Cloud.

Developments beneath the skin are no less significant. The Active Brake Assist 5 emergency braking system boasts improved pedestrian recognition capability, while the latest iteration of Predictive Powertrain Control – which uses 3D GPS mapping to ‘read’ the road ahead, then responds by managing speed, braking and the transmission to maximise fuel efficiency – offers much increased functionality.

Elddis Transport Managing Director Nigel Cook said: “These trucks are already working hard in a variety of demanding roles, including a high-mileage double-shift application that will really give us a good indication of their fuel performance. We have very high expectations.

“I’ve driven the new Actros myself, both at the international launch event in Barcelona and in this country, and been very impressed. I’ll admit to having initial concerns about MirrorCam, because I feared it might be a hurdle for more traditionally-minded drivers. I quickly realised, however, that it was not going to be a problem. The system is very easy to use, and offers a much better view.

“The Multimedia Cockpit is beautifully finished and very intuitive, too. Along with other enhancements, it means the latest Actros leads the way in terms of truck technology.”

Commenting on Elddis Transport’s close working relationship with the supplying dealer, Mr Cook added: “Bell Truck and Van staff have been based in our Consett workshop since 1998, and they play an important role in keeping our business moving forward.”

Mr Cook’s great-grandfather Thomas Cook set up in business with a single horse and cart in the late 1800s, while his son Siddle C. Cook famously ran one of the country’s best-known heavy haulage specialists in the 1950s and ’60s. Nigel Cook’s father Geoffrey established Elddis Transport in 1971.

The company has built on its family ethos and retains a high level of loyalty from customers and long-serving staff. Today, while working across a wide range of sectors, Elddis is highly regarded as an expert in the demanding FMCG market, providing transport, warehousing and distribution services across the UK. 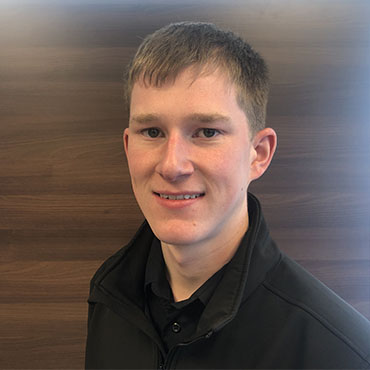